From other newsrooms: Baxter frontrunner for KKR-backed Gland Pharma and other stories

NYSE-listed pharmaceutical firm Baxter has emerged as the frontrunner to acquire Hyderabad-based drugmaker Gland Pharma for around $1.1-1.2 billion.

Baxter and Chinese conglomerate Fosun Group are the only two companies which submitted binding bids for KKR-backed Gland Pharma, The Economic Times reported citing multiple people close to the development.

Gland Pharma makes injectables and supplies to drugmakers such as Dr Reddy's Laboratories and Mylan. It is led by Ravi Penmetsa, who controls close to 60% stake in the company with KKR owning the remaining, the report said.

Torrent Pharma, PE buyout fund Advent, Perrigo and Dr Reddy's were among other potential suiters in the race initially to acquire the company but didn't make firm offers. 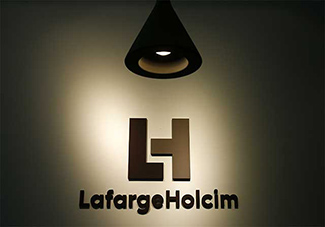 The cement maker will now invite binding offers from them. The non-binding bids were submitted individually. However, some companies are likely to form a consortium and submit their final bids in the next three weeks' time, the report said.

Lafarge India is selling its entire 11 million tonne capacity to meet a Competition Commission of India merger condition. LafargeHolcim was formed after the global merger of French cement maker Lafarge and Switzerland’s Holcim. 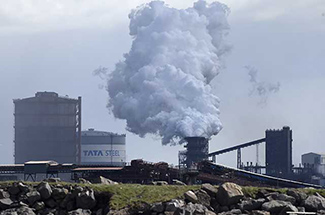 Earlier this week, Tata Steel shortlisted seven potential buyers, including India's JSW Steel, for the next stage of the sale process. Liberty House Group and Excalibur Steel UK Ltd., a buyout team led by a Tata executive, are the other bidders that have been shortlisted, Bloomberg reported citing unnamed people familiar with the matter.

Tata Steel announced in March it was considering the sale of its UK operations, nine years after acquiring Corus to become Europe's second-largest steel maker, as the company battles to control its deteriorating financial performance.

Max Ventures is investing around Rs 33.5 crore (about $5 million) for a 11.2% stake in Azure, which runs the chain under Mamagoto brand, in the second round of funding, The Economic Times reported citing people privy to the development.

Another investor Goldman Sachs, which had invested $10 million in April 2015 in Azure, is also putting in about $5 million in this round, the report said.

The current promoters and Astro have entered into a share purchase agreement, as per which Astro will exit the company, while Kapoor will increase his holding to about 80% and remaining 20% will be owned by Mogae.

Following this, Discovery will step in and buy a controlling stake in the food company. Once the deal is completed, Kapoor will continue to own a significant minority stake, while Mogae Media will exit.