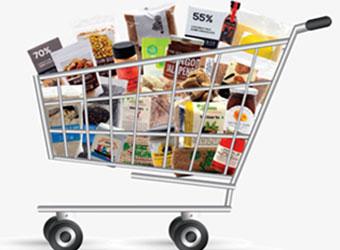 NDTV's yet to launch e-commerce venture, Smartcooky Internet Ltd, which would provide a marketplace for health foods and personal care products under Smartcooky, has raised an undisclosed amount in angel investment at a valuation of $12 million (Rs 80 crore).

Smartcooky would draw on NDTV's current food site, which creates original content in the food and wellness space and claims to get almost 3 million unique visitors a month. The company is also planning to launch TV shows under Smartcooky on NDTV's channels.

This comes soon after NDTV ventured into wedding planning market with Special Occassions. The newly floated venture has also raised an undisclosed amount in a funding round led by US-based venture firm CerraCapital Ventures to kick-start operations.

NDTV first ventured into the e-commerce space in 2013 with the launch of IndianRoots, an online marketplace for ethnic wear. It had raised $5 million in a Series A round of funding from Mumbai-based KJS Group early this year. At that time NDTV had said the deal was struck at a valuation of $85 million.

In September this year, it turned its gadgets news and reviews website to a gadget e-commerce marketplace called Gadgets360, which received funding from several investors.

The other property of the company is Fifth Gear Auto, a new auto portal that aims to elicit the attention of those who follow NDTV's coverage of cars and bikes. This again appears to be another move to add digital commerce within its existing auto related content site NDTV Auto.

The combined value of IndianRoots, Gadgets360 and Fifth Gear Auto was $165 million in the last funding rounds.