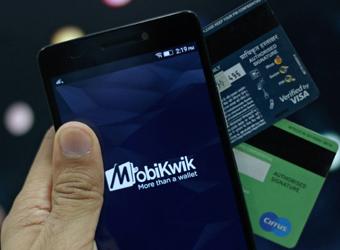 Digital wallet MobiKwik, run by One Mobikwik Systems Pvt. Ltd, will invest Rs 300 crore (about $45 million) this year on acquiring merchants and users, as it looks to increase its share in the highly competitive payments market.

Nearly Rs 50 crore is being invested to set up 13 offices and hire over 1,000 employees, said Daman Soni, MobiKwik's vice president for growth, in a media statement.

"By December 2017, the plan is to have 150 million users and 5 million merchants on our platform. We aim to clock $10 billion in gross merchandise value (GMV) by the end of the year," Soni added.

The company is also launching a loyalty initiative, Supercash, under which users can earn reward points at Mobikwik merchants, and save money each time they transact on the platform.

MobiKwik, which is in advanced talks to raise a sizeable funding round, has received $90 million in total funding since 2012. In August 2016, NASDAQ-listed South African payment solutions and transaction processing company Net 1 UEPS Technologies had invested $40 million in MobiKwik as part of a subscription agreement it entered into with the digital payments firm.

Founded in 2009 by husband-wife duo Bipin Preet Singh and Upasana Taku, MobiKwik enables prepaid mobile, DTH and data card recharge as well as post-paid mobile and utility bill payments. It also offers these services via SMS, phone and apps available on Android, iOS and Windows platforms. The company claims to have 45 million-plus users on its platform and a network of more than 10 lakh direct merchants.

MobiKwik aims to break even in the middle of 2018.

Without a doubt, digital wallets have been the biggest beneficiary of Prime Minister Narendra Modi’s November move to scrap high-value banknotes. M-wallets saw as many as 213 million transactions in December 2016 compared to November’s 138 million, an increase of 54%. The December numbers seem even more stellar in the light of the fact that the November figure was almost 40% higher than the previous month’s. In value terms, m-wallets clocked a mammoth Rs 7,448 crore in December, up from November’s Rs 3,305 crore.