Five of the 40 personalities picked in Fortune’s '40 Under 40' 2015 list of the most influential young people in business, are of Indian origin. Although none of them is part of the bustling Indian startup ecosystem or business arena, two of them have made their mark in the American market as entrepreneurs.

For the first time, the list comprises all new names.

Last year, four Indian-origin executives were selected for the ‘40 Under 40’ list which included Economics professor at Harvard, Raj Chetty; Micromax co-founder and CEO Rahul Sharma; Snapdeal co-founder and CEO Kunal Bahl and Twitter’s general counsel and the only woman on the company’s executive team Vijaya Gadde.

Here is a quick peek at the desis who are part of the latest list: 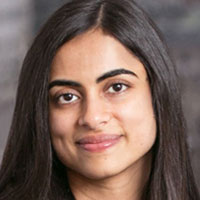 Suryadevara, who is the highest ranked among the Indian origin pack at number 4, is vice-president of finance and treasurer, GM besides being CEO of GM Asset Management. The Harvard grad was CIO of General Motors (GM) Asset Management since 2013 and became its CEO in early 2014 where she manages $80 billion in assets across the automaker’s retirement plans. The 36-year-old, who hails from Chennai, joined the automaker, once the world's largest, in 2004 from UBS. 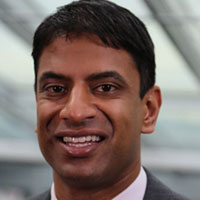 Narasimhan, who took over as global head of development at Swiss pharmaceuticals major Novartis last year, is ranked at number 7. He runs drug development programmes—overseeing 9,600 employees, 143 projects, 500 ongoing clinical trials and a multi-billion-dollar budget. A McKinsey alumnus, Narasimhan joined Novartis eight years ago and before taking over his latest role was the global head of the biosimilars business of Sandoz, the generic pharma division of Novartis. 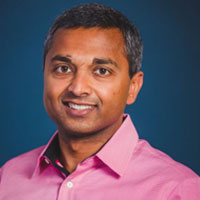 Swaminathan is managing director of Accenture Digital, a global strategy, digital, operations and technology unit of the consulting major. Swaminathan, ranked at number 18 in the list, leads strategy, multi-year and client portfolio planning, M&A and new business creation. His unit has over 30,000 people working across interactive, mobility and analytics across industries. India-born Swaminathan, who has spent over 19 years with Accenture, has advised more than 45 startups and has made half-a-dozen acquisitions in the last one year. He holds an MBA from Case Western Reserve University - Weatherhead School of Management. The Tamilian is also an active angel investor and has backed tech ventures like Stripe, ZenPayroll, Securifi, Virool, GoCardless, MailGun, LendUp, Eligible, EdCast, Standard Treasury, LeTote, SoundFocus, Ambition, NextCaller, TrueValut, Kimono Labs, Algolia, Kash, Walksource, Greentoe, Shout, LivBlends, GetFinal, Wheely's Cafe, Cymmetria, bitmovin and Cyberfend. 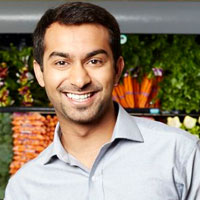 Mehta founded Instacart in 2012 when he was just 26 years old after quitting Amazon. Instacart is an asset-light online marketplace for groceries and arguably the progenitor of a bunch of new generation Indian grocery e-tailers that essentially connect local grocers to consumers. This business model sidesteps the capital heavy business that sunk the original giant of the business Webvan in the dot-com bust. Mehta, who is ranked at 23 in the list and has previously featured in Forbes' 30 under 30 list too, is an electrical engineer from University of Waterloo. His venture may appear to be in the sweet spot of low cash burn but it surely carries a heavy valuation of over $2 billion. 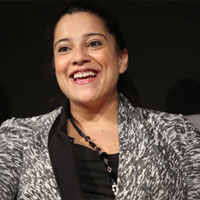 Reshma is founder of Girls Who Code, a company which helps females gain the skills to pursue careers in technology and engineering. The 39-year-old law grad from Yale, who made a failed bid for the US Congress five years ago, now has the backing of several bog corporates including News Corp, the owner of this news website. It claims to have helped place 10,000 high school-age girls in 34 US states in 57 immersion programmes where they learn how to code, develop apps and receive mentoring from women in engineering at companies like Facebook, Goldman Sachs and AT&T, among others.