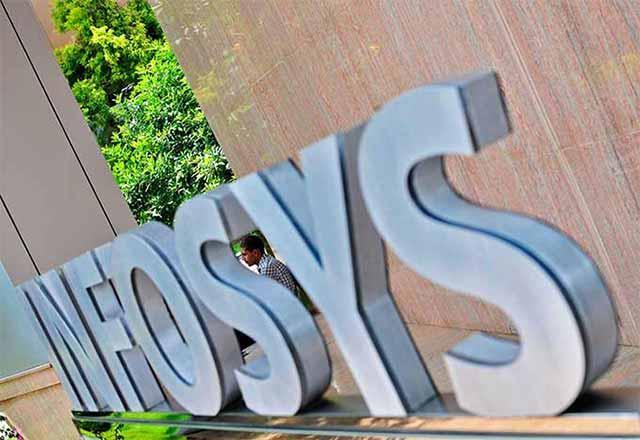 Infosys and its rivals in India's $150 billion software services sector have struggled in recent quarters as major clients in the United States and Europe, their biggest markets, held back discretionary spending, awaiting clarity on policy shifts under U.S. President-elect Donald Trump and possible changes following the UK's Brexit.

India's leading IT industry lobby group last November lowered its forecast for the sector's growth in the full fiscal year to March, to account for the uncertain global environment.

On Friday, Infosys said it now expected revenue to grow between 8.4 percent to 8.8 percent in constant currency terms in the year to March, compared with its earlier guidance for an increase of between 8 percent and 9 percent.

It reported a better-than-expected 7 percent rise in net profit to 37.08 billion rupees ($544 million) for its fiscal third quarter to Dec. 31, but its revenue growth fell short of analysts' estimates.

Infosys and bigger rival Tata Consultancy Services Ltd use H1-B visas to fly developers and engineers to the U.S. to service clients. But a more protectionist U.S. visa regime could force them to hire more from local university campuses and speed up acquisitions, increasing costs.

Infosys Chief Executive Vishal Sikka, who took the helm of the company two years ago, told a news conference that they were preparing for possible changes in the visa regime.

"It is an integral part of our strategy to become less dependant on visas over time and become more local in our approach," Sikka said.

However, he and other senior Infosys executives said despite headwinds they saw a healthy pipeline of projects in the key financial services sector.

Infosys will also deepen its focus on new areas like automation, artificial intelligence (AI) and in expanding its digital business, Sikka said.

"I think that AI driven productivity improvement can help us expand our customer base and help us achieve productivity," he said.

Infosys, which added 77 clients in the December quarter, including two clients in the $75 million-plus revenue category, said revenue rose 8.6 percent to 172.73 billion rupees.

"We are slightly disappointed by the company's revenue performance in North America and top clients and await more clarity from management on this," brokerage Emkay Research wrote in a note to clients.

Tata Consultancy Services Ltd, which reported third-quarter earnings on Thursday had also said that it was preparing to operate in a visa-constrained regime.