Asian stocks saw a rise in valuations in October as equities surged on signs that Washington and Beijing were nearing a truce in their 16-month-long trade war amid upbeat third-quarter earnings by heavyweights.

MSCI's broadest index of Asia-pacific shares rose more than 4% in October, pushing its 12-month forward price-to-earnings ratio to a 20-month high of 13.6 times by October-end. The ratio stood at 13.1 at the end of September. 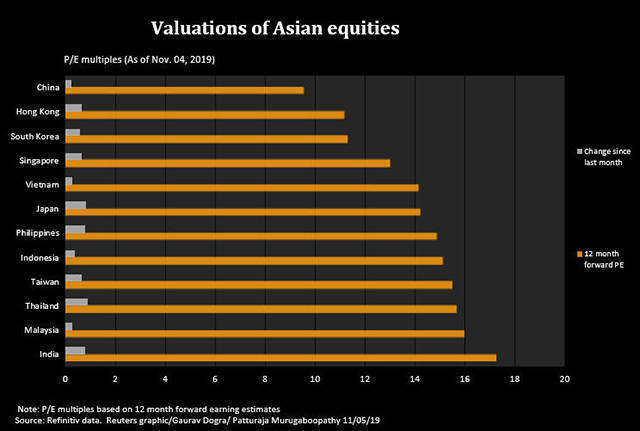 U.S. President Donald Trump announced a "Phase 1" trade agreement on October 11, and has said he hoped to sign the deal with China's President Xi Jinping in November at a summit in Chile.

A better-than-expected earnings performance for Asian firms also boosted the regional shares last month. Asian companies topped the average earnings estimates by about 5.5% in the third quarter, as per Refinitiv.

Due to the rise in the P/Es, regional shares are catching up with the valuations of their global peers, Refinitiv data showed. 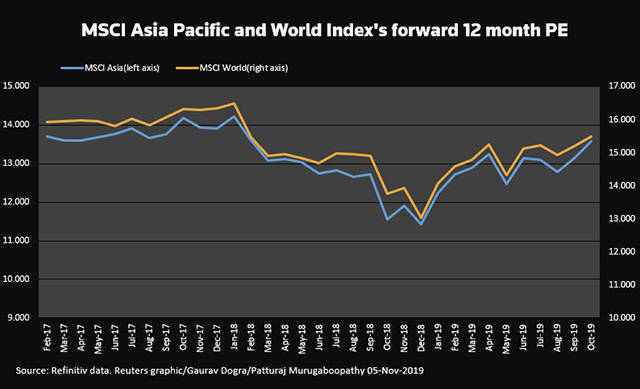 India and Malaysia were the most expensive in the region, with ratios of 17.22 and 15.95, respectively.

Meanwhile, China, Hong Kong and South Korea were the lowest-cost shares in the region, with P/E multiples of about 9.55, 11.17 and 11.3, respectively.

Losses in the region were led by Thailand and New Zealand, which dropped 2.2% and 1.3% respectively. 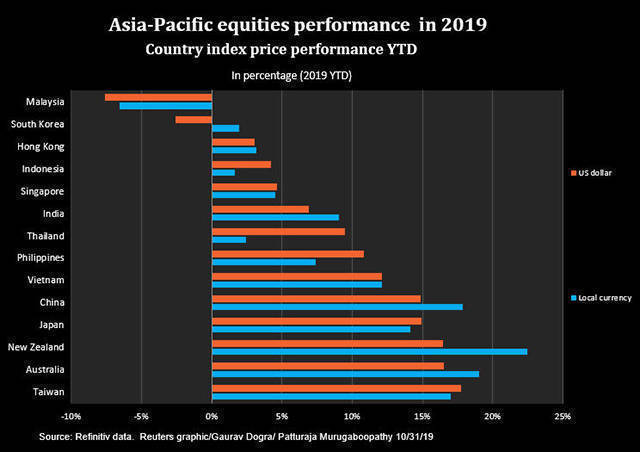