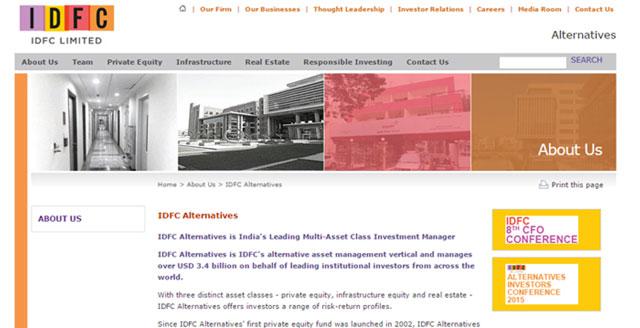 IDFC Alternatives, the private equity (PE) arm of IDFC Ltd, is planning to launch a private debt funding unit which would come as another investment vehicle for the country's top PE fund manager by assets under management.

IDFC Alternatives' managing partner and chief executive MK Sinha told Mint that the firm is looking to launch a fourth vertical for debt funding which would involve a new dedicated team. He said that it would be finalised in three-six months and would be similar to the association between KKR and GIC.

In January, KKR had established a new non-banking financial company (NBFC) that will provide structured credit solutions to the real estate sector in India, with an investment from Singapore's sovereign wealth fund GIC. This is KKR's second NBFC in India. Through its first NBFC, KKR lends to firms across sectors.

An email and a text message sent to Sinha asking for more details on the proposed NBFC did not immediately elicit any response. IDFC Alternatives' parent already is a strong player in the infrastructure financing space and the proposed NBFC would add to its credit related offering.

It derives its strength, however, from its infra PE fund business which now has AUM of Rs 9,176 crore ($1.8 billion), followed by general PE (Rs 3,820 crore). As it raised its new infra fund last year, it became the top home-grown PE firm.

For the sector-agnostic PE business, it is looking to invest up to $200 million in four-five deals every year. It is chasing companies focused on rural consumption, agribusiness and foods, valued-added telecom services such as broadband and WiFi, besides healthcare and education, Sinha told Mint.