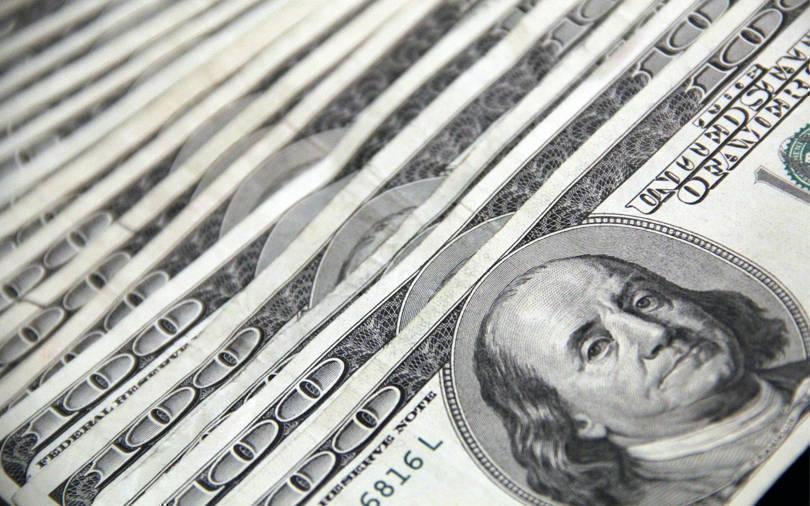 Asian shares were dragged lower by weakness in Chinese economic data on Thursday although investors seemed relieved that U.S. inflation data was not hot enough to force even faster monetary tightening by the Federal Reserve.

U.S. consumer price inflation was at its highest in nearly 40 years, data showed overnight, but it didn't come as a surprise and kept intact expectations for the Fed's tapering or timeline for the first rate rise as early as March.

Chinese blue-chips dropped 1.3%, while MSCI's broadest index of Asia-Pacific shares outside Japan was flat after recording its biggest daily gain in a month on Wednesday. Japan's Nikkei lost nearly 1% after surging nearly 2% a day earlier.

European stock futures pointed to a tepid open in those markets, and the dollar was hovering near a two-month low at 94.97.

"The U.S. dollar is a counter cyclical currency which decreases as the world economy recovers," Joseph Capurso, head of international economics at the Commonwealth Bank of Australia, said in a note.

"If you are a global investor and you've seen very significant stock market gains in the U.S. during 2021, if you are seeing inflation as a threat then a lot of investors may be tempted to reallocate funds away from developed equity markets in the West into the mix of developed and developing markets in East Asia," he said.

The uneven performance in Asia followed small gains on Wall Street overnight, with the S&P 500 rising 0.28% and the Nasdaq Composite up 0.23%. The Dow Jones Industrial Average rose 0.11%.

While longer-dated U.S. yields dipped after Wednesday's inflation data, Fed fund futures are pricing in nearly four rate hikes this year. Some analysts say that there could still be room for a more aggressive rate hike schedule.

"Our expectation for sustained cyclical price pressures means that we think the Fed will continue to tighten policy into 2023 by more than investors currently anticipate," Jonathan Petersen, markets economist at Capital Economics said in a note, adding that he expected the U.S. 10-year yield to reach 2.25% by year-end, and 2.75% by the end of 2023.

The dollar was also almost flat against the euro at $1.1442, after hitting its lowest since mid-November in the previous session. Overnight, it also fell versus the yen , dropping through support around 115 to hit 114.38 yen, a more than two-week low. It last bought 114.62 yen.

Oil prices ticked lower, a day after hitting their highest in nearly two months on the back of a falling dollar, tighter supply, and as investors bet the spread of the Omicron coronavirus variant would have a relatively limited economic impact.