Asian bonds recorded a second straight month of foreign inflows in July bolstered by a hunt for higher yields and signs of recovery in the regional economies.

"Consequently, global bond allocators could be taking a harder look at EM Asia bonds in their search for higher potential returns and yield-enhancing opportunities." 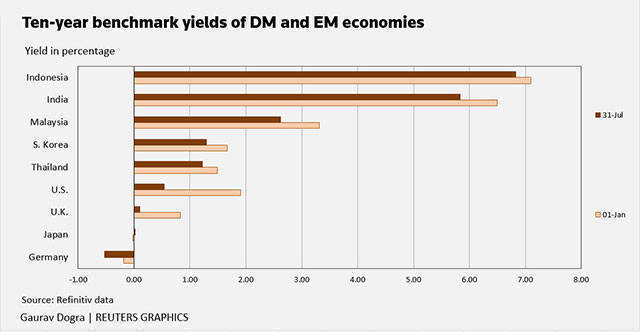 Foreign investors bought $1.87 billion worth of South Korean bonds, the highest in the region, on back of a 0.5% rise in the South Korean won last month.

They purchased $1.6 billion worth of Malaysian bonds thanks to some positive economic data as its exports posted an 8.8% rise in June over last year. 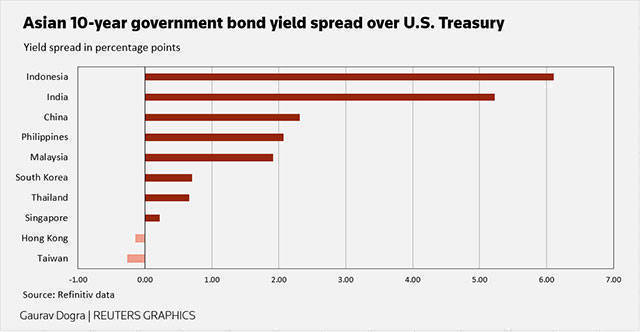 Overseas investors also bought $274 million worth of Indonesian bonds on hopes that its central bank would cut the policy rates further to boost the ailing economy. The central bank slashed its benchmark interest rate for the fourth time this year in July.

On the other hand, Indian bonds witnessed their fifth consecutive month of outflows in July, on worries over its economic growth and higher inflation rates.

"We are less concerned about a back-up in US yields in the wake of larger issuance, as the Fed will likely move swiftly to tame any violent sell-off in bonds or a rally in the dollar," said Gaurav Saroliya, director of global macro strategy at Oxford Economics. 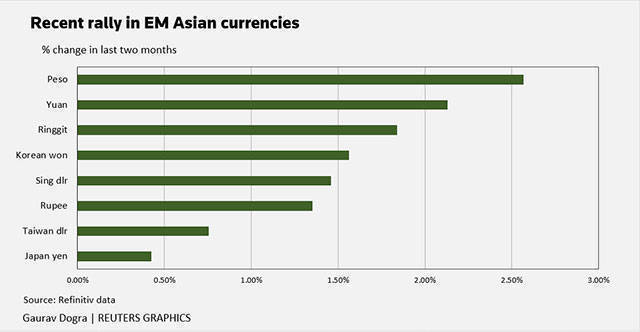 "EM FX in this environment should increasingly contribute positively to EM performance (equities and bonds)."