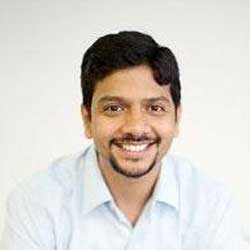 Maheshwari has stepped down as Flipkart's

HR chief and moved to an advisory role

Mekin Maheshwari, Flipkart’s chief people officer and part of its original team, has stepped down from his full time role to take up advisory responsibility at the country’s largest e-tailer.

“After spending six years at Flipkart, Mekin will be moving into an advisory role, to be able to follow his passion of working in the social sector. Mekin will continue in his role as the chief people officer till we find his successor. Mekin has deeply contributed to the overall leadership, strategy and execution at Flipkart and we wish him all the best for his future endeavours,” a Flipkart spokesperson said.

Maheshwari was one of Flipkart’s earliest employees, having joined the company in 2009. Prior to Flipkart, he worked with Yahoo and uGenie. He was the last member of Flipkart’s original team.

Maheshwari joined Flipkart as head of engineering. In 2012, he became head of PayZippy and Flipkart’s ebooks practise. Since 2013, Maheshwari was the company’s HR chief.

Flipkart has seen few senior level exits in the recent past while it continues to hunt for seasoned professionals for top positions. In August, it was reported that the CEOs of Appiterate and AdIQuity, startups that were acquired by Flipkart earlier this year, have moved on from the company.

Prior to that, Amod Malviya, chief technology officer of Flipkart, quit his full-time position to be a part of the company’s newly created advisory board. Sameer Nigam, who headed engineering, also resigned from the Bangalore-based Flipkart.

The organisation also re-jigged its top team with Sachin Bansal now looking after new initiatives and strategy. Binny Bansal is heading supply chain and logistics while Mukesh Bansal has been heading the day-to-day operations.