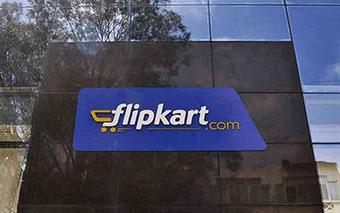 Even before he was appointed to run India's biggest e-commerce company, Kalyan Krishnamurthy had signaled a change: as head of sales at Flipkart he focused on profitable "big ticket" items, a shift away from the industry's fixation on growth at all costs.

That helped turn around the group's revenues after a series of valuation writedowns, and secured the top job for the veteran of Flipkart's largest investor, Tiger Global, in a management shakeup this week.

Krishnamurthy was named CEO on Monday, while co-founder and outgoing CEO Binny Bansal moved into the new role of group head.

"The trigger (for the reshuffle)... was repeated mark-downs in its valuation by the fund units of Morgan Stanley and Fidelity," said one source familiar with investor discussions.

The person said investors, led by Tiger, were getting increasingly edgy as the writedowns not only stung early investors who bought in at higher valuations, but made it harder for Flipkart to tap the market and raise fresh capital.

The company is preparing for an initial public offering, probably in 2018 or 2019.

Flipkart and Tiger Global both declined to comment on the reshuffle and its implications.

Flipkart has seen its lead in the online market in India eaten into by global giant Amazon.

But some company sources credited Krishnamurthy, who joined Flipkart in June to spearhead some of its core sales efforts, with outmaneuvering Amazon during the festive sales push from October onwards.

A source close to the company said Flipkart's GMV for the peak month of October was more than 50 billion rupees (£599.02 million).

Flipkart and Amazon declined to reveal their sales data.

Company sources said Krishnamurthy achieved this by offering discounts and other incentives on more expensive items like televisions, handsets and home appliances, helping it achieve better margins than rivals who paid more attention to volume.

Whether Flipkart can outsmart Amazon over the longer term remains to be seen.

Deep pockets are key to winning market share through aggressive discounting, and the American giant has announced a $5 billion investment plan in India.

Bank of America Merrill Lynch, in a September 2016 report, said it expected Flipkart's GMV market share to remain largely unchanged at 44 percent by 2019. By comparison, the brokerage expected Amazon's share to grow to 37 percent from 28 percent estimated for 2016.

A senior Flipkart executive, who like other company sources declined to be named because he was not authorized to speak to the press, said this week's management restructuring was on the cards from the day Krishnamurthy joined Flipkart.

The source close to Flipkart added that Tiger Global, the U.S. hedge fund that owns about a third of the company, wanted to be more closely involved in Flipkart's operations.

Launched by two former Amazon employees in 2007, Flipkart has grown to become India's most valuable startup worth $15 billion in 2015.

But its valuation has since dropped to below $10 billion by late 2016 amid intensifying competition, and it needs fresh funds to stay ahead of Amazon in the battle for supremacy in the world's fastest growing internet services market.

Talks were held with U.S. retailer Wal-Mart Stores Inc, which is looking to invest between $750 million and $1 billion in Flipkart, Reuters reported in October.

Binny Bansal told Reuters in October that the company had cash reserves to last up to three years, but the source close to the firm said Flipkart had about two years before its war chest dried up.

The company raised a little over $1 billion in the last two years, but needs to raise more funds in the next six to eight months, according to the same source.

"Tiger, along with other investors, want to steady the ship and make it IPO-ready as soon as they can," said the source familiar with investor discussions.

Binny Bansal also mentioned "IPO readiness" as one of his key objectives as group CEO in an internal memo announcing the reshuffle.

Flipkart's restructuring takes away control of daily operations from Binny Bansal, who replaced Sachin Bansal a year ago as CEO.

As group CEO, Binny will oversee the allocation of capital across units while Sachin will be responsible for strategic direction of existing business, Flipkart said in a statement.

"Investors are happy with the way the founders have stepped aside and given the control to professionals, as it's very rare in India," one of the sources said.

A day after Krishnamurthy took charge, three senior executives including the head of Flipkart's logistics unit and its chief marketing officer quit the company, according to local media. A company spokesman declined to comment.