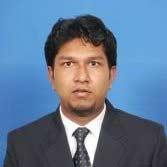 Sharique Khan, co-founder of Gurgaon-based Splikart Eservices Pvt Ltd, which runs Splitkart, said the funds will be used for product development and scaling up operations.

Splitkart is looking to scale up operations via direct partnerships in Delhi-NCR region before expanding into other metros.

“We have a tie-up with certain players through which we can enter other parts of the country,” added Khan.

“With people increasingly eating out/ordering in groups, we will be focussing on how to better enable splitting of bills for our users in the food and restaurant industry before we move into other usage cases such as group travel, as well as events,” Khan added.

Launched in June 2015, Splitkart allows users to split restaurant bills through a mobile wallet. It also acts as a platform for discovering deals from nearby restaurants and pubs. The app includes social media sharing options for group planning. The app is currently available for download on Android smartphones and will be available for iOS users in a month’s time.

“There is a growing need for a product in India which caters to group payment scenarios without the inconvenience and social awkwardness of asking back for money. With a product that caters to this need and an experienced founding team, Splitkart looks on track to meet the gap,” said Rajesh Sawhney, founder of GSF India.

Sinha and Khan had earlier worked together in Rocket Internet Venture’s coupon venture, CupoNation. Khan was one of the top executives of CupoNation India while Sinha was CupoNation's country head for India, Australia and Singapore.

“We are looking to create a seamless group experience and remove the biggest friction in any group interaction, that of payments,” said Sinha.

Splitkart will compete with Mypoolin in the group payment space. In June, Mypoolin raised an undisclosed amount in seed funding from Google’s Rajan Anandan, iSPIRT’s Sharad Sharma and others.

In the local deals space, Splitkart would compete with Mahindra Comviva's Zerch, Paytm-backed Little, Niffler which was acquired by personal assistant app Helpchat and Perksmap, co-founded by Koovs.com co-founder Rajesh Kamra, among others.