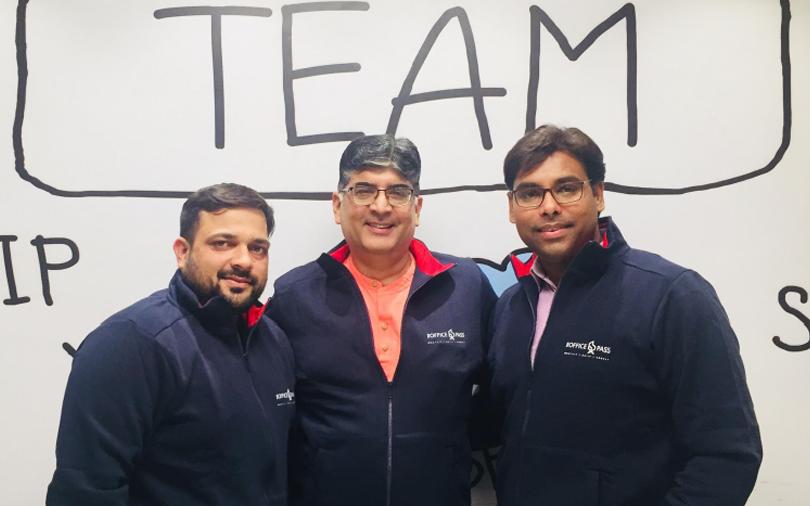 Gurgaon-based Top Technologies Pvt. Ltd, which runs co-working platform The Office Pass, has raised an undisclosed sum as a top-up to its earlier seed funding round, a top company executive told VCCircle.

The current round was led by Dhruv Agarwala, the chief executive and founder of online property broker PropTiger, with participation from other individual investors.

The company will use the funds to expand the number of its co-working centres in the next 18-24 months and to ramp up its technology and product teams.

“Our first centre has helped validate many hypotheses that we had before starting the business. We now feel confident to expand our network in a capital-light model, using technology with the objective to expand profitably,” Aditya Verma, co-founder and CEO of The Office Pass said.

The latest round of investment comes a little over six months after VCCircle first reported that the company had raised $245,000 (Rs 1.5 crore) in seed investment from a group of individual investors led by Arun Tadanki, former managing director of Yahoo, Southeast Asia, and India.

VCCircle had also reported in March that the startup was in the process of raising between $200,000 and $300,000 in seed investment.

The Office Pass was founded in 2017 by former Makaan executives Verma, Nikhil Madan and Sachin Gaur.

The firm's technology platform connects freelancers and micro, small, and medium enterprises with office spaces nearby. If a commercial property owner has an office space that does not yield returns, they can plug it on the platform and start earning. The co-working startup oversees an enterprise’s expenses related to the security deposit, maintenance charges, lock-in period, furnishing and equipment, rental, electricity, WiFi, security, housekeeping, and others. It also provides on-demand meeting and conference rooms through its platform.

“The company...has a good understanding of the role technology can play in scaling up the business in a capital efficient way,” said PropTiger's Agarwala.

Makaan.com Pvt. Ltd was earlier a part of Anupam Mittal-founded People Group, which is also behind tech ventures such as matrimonial site Shaadi.com and mobile content firm Mauj Mobile. While Verma has served as chief executive and chief strategy officer at the venture, Madan and Gaur were at managerial positions.

The company’s first facility, which went live in Sohna Road in Gurgaon in March this year, is fully occupied now. The company also recently launched an Online Booking & Payment Platform that allows existing and new co-workers to book office space and meeting and conference rooms online, which reduces manpower dependence.

The co-working-space domain has two business models. First, the full-stack one, wherein a startup either leases or buys an office space and takes care of the operations. Second, a co-working startup converts areas within cafes, restaurants, and other public spaces into an office. While startups such as Innov8, 91Springboard, CoLife, and InstaOffice follow the first model, others such as myHQ follow the second.

In February this year, Innov8 raised angel funding from Venture Catalysts and individual investors such as Paytm’s Vijay Shekhar Sharma, Google’s Rajan Anandan and others through the LetsVenture platform.

In April 2015, PropTiger, which is owned by News Corp, acquired property search portal Makaan.com for an undisclosed amount.

News Corp, the largest investor in PropTiger, owns the parent of this website.