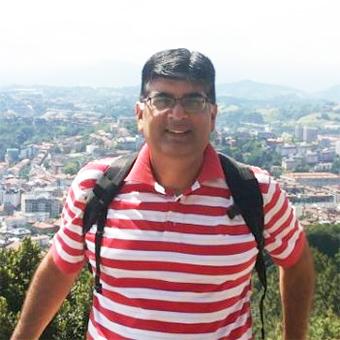 Aditya Verma, co-founder of real estate company Makaan.com, is starting up again. This time, he is launching a co-working firm called The Office Pass.

“The advances in the sharing economy will rub off in the commercial real estate sector as well. So people now share cabs and homes through Uber and Airbnb. We believe people will start sharing offices as well, where they work with other firms’ employees,” said Verma.

Top Technologies Pvt. Ltd., which operates The Office Pass, is a technology platform that connects freelancers and micro small and medium enterprises with office spaces nearby. If a commercial property owner has an office space which is not yielding returns, they can plug it in the platform and start earning.

Verma, who quit the real estate portal in December last year, believes that most co-working spaces in India right now are run as real estate businesses, where owners and developers convert vacant office spaces into co-working spaces, which is capital-intensive and difficult to scale. He adds that these spaces give the impression of a call centre as the maximum number of seats are fit within a finite space. According to him, co-working facilities cannot survive if the office is designed sub-optimally.

The company’s first facility is already live in Sohna Road, Gurgaon and will be inaugurated today with its first six paid customers.

Besides Verma, The Office Pass has two other co-founders, who are still in stealth mode as they are in the process of leaving their current assignments. Besides the co-founders, the company has a team of five.

The startup is also in the process of closing between $200,000 and $300,000 in a seed investment round from some seasoned investors and companies based out of the US. Verma says that these funds will be deployed in developing the platform and hiring technology, providing the company with a runway for the next 15-18 months.

News Corp, the largest investor in PropTiger, owns the parent of this website.

The co-working space segment in India has received investor interest in the past two months.

Last month, Innov8 has raised angel funding from Venture Catalysts and individual investors such as Paytm’s Vijay Shekhar Sharma, Google’s Rajan Anandan and others through the LetsVenture platform.