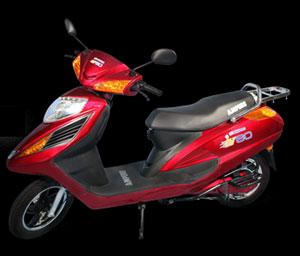 Annamalai Hemalatha, who is also the CEO of Ampere, told VCCircle that the company raised close to $1 million (about Rs 6.6 crore) in this round. She said Venk Krishnan, CEO of NuWare and Partner NuVentures, also invested in this round.

“This small round of add-on investment will help us in our marketing initiatives and create a good service network,” she said. A portion of the money will also go to complete the electric three-wheeler V2K, she said.

Gopalakrishnan said the electric vehicle technology is improving exponentially and the industry is likely to grow significantly in the next few years. “We expect Team Ampere to do well in this space,” he said.

This is the second investment by both Gopalakrishnan and Krishnan in Ampere. The duo along with Vineet Agarwal, managing director at Transport Corporation of India, and former Wipro executive Sudip Nandy last year invested$1.2 million in Ampere.

Gopalakrishnan has invested in a handful of startups after stepping down from Infosys board in 2014. In March this year, Gopalakrishnan backed Bangalore-based online education technology service provider Avagmah. Last month, he invested in on-demand task management app MagicX.

Ampere, started in 2008, sells electric vehicles and special purpose vehicles for the differently-abled. It sells products under Angel, Bobo, Prince and V60 brands in Tamil Nadu, Karnataka and Andhra Pradesh.

Ampere is also backed by Ratan Tata, chairman emeritus of Tata Sons, and VC fund Forum Synergies. Tata invested an undisclosed amount in the company in July last year. The firm had previously raised about Rs 20 crore in 2013 from Forum Synergies and Spain's Axon Capital.

The electric two-wheeler segment has seen a number of deals in the recent past. Last month, electric bike startup Tork raised an angel funding from a group of investors led by Bhavish Aggarwal and Ankit Bhati, co-founders of cab aggregator Ola.

Bangalore-based startup Ather Energy Pvt Ltd, secured funding in a Series A round from Tiger Global in May last year.

Hero Electric, part of the group which also makes Hero Cycles, is one of the prominent players in the business. It had entered the market around a decade ago in a joint venture with UK-based e-vehicle tech firm Ultra Motors. It later scrapped its JV and bought Ultra out.

Another player is YO Bykes, run by public listed firm Electrotherm.