Dreamwallets will use the funds to expand its business development team, boost investment in technology and create awareness about the crowdfunding concept, co-founder Nikhil Agarwal told VCCircle. He declined to disclose the amount of seed funding raised.

The startup plans to launch version 2.0 of the Dreamwallets platform which focuses on strong community development at its nucleus. “We are looking to launch more than 10,000 fund raising projects in the next two years,” Agarwal added. 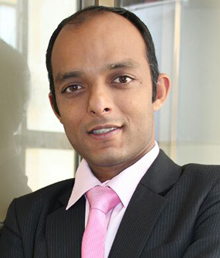 SeedLogix Resources India Pvt. Ltd, which runs Dreamwallets, was founded in July 2015 by Nikhil Agrawal and Manish Harodia. Agrawal has earlier worked with JP Morgan and SMC Capitals in merger and acquisitions, and private equity fund raising verticals. Harodia is a serial entrepreneur and this is his third venture after successfully exiting from his previous ones.

The firm has satellite offices in Mumbai and Pune, and has done more than 100 fundraising campaigns across genres, with contributors coming from over 200 cities in India and across the globe. The company claims to have a four-digit number of registered users to endorse and support the projects listed on its platform.

Dreamwallets claims to be the only crowdfunding platform in the country that offers both fixed and flexible funding options. In a fixed funding scheme, the entrepreneur has to return the funds raised if the target figure is not attained, while in the flexible option, the entrepreneur or startup can retain whatever amount of funds comes his way.

Other crowdfunding platforms in India include LetsVenture, IgniteIntent, Milaap, Ketto and FundMyPitch, among others. Ketto, which is co-founded by actor Kunal Kapoor, had raised Rs 4.4 crore in an angel investment round led by existing investor Pradyumna Dalmia, co-founder of Calcutta Angels, and Sudhir Rao, co-founder of IndusAge Partners and The Chennai Angels member, and others.