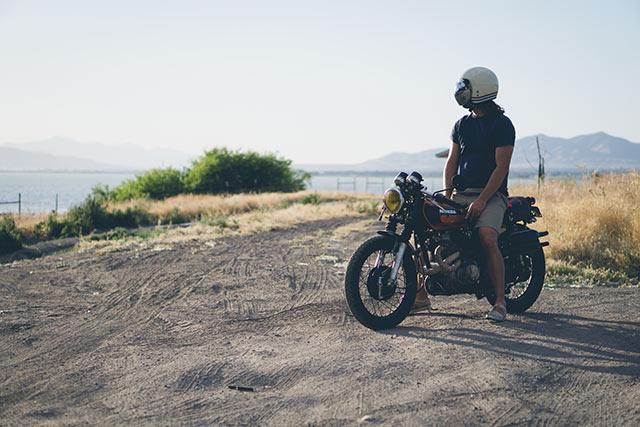 Vamshi Reddy B, angel investor and co-founder of Apalya Technologies and investor Venu Veeramaneni participated in the round, said Getbike’s co-founder Shravya Reddy.

Getbike was launched in September this year by Shravya with 50 bikes. Prior to founding Getbike, Shravya worked with Reliance Communications and Apalya Technologies.

“We are generating about Rs 2 lakh in revenues per month and growing at 50% month on month,” said Shravya.

Getbike, which was formerly known as Getmi, has a team of 11 and 108 riders including female riders, according to Shravya.

The startup is catering to commuters, logistics firms and corporate clients. It has also tied up hospital chain Apollo Healthcare, online marketing platform Limetray and L&T Metro Rail (Hyderabad) Ltd, among others.

“We have done a minimum viable product (MVP) exercise for three months with 20 active riders and completed 10,680 trips,” Shravya said.

The startup is looking for the next round of funding worth Rs 3 crore, according to Shravya.

The bike-taxi segment has been gaining momentum in Hyderabad. Last week, cab-hailing service Uber launched its bike-sharing service UberMOTO in the city.

Uber, the world’s largest startup in terms of valuation, also signed a memorandum of understanding (MoU) with Hyderabad Metro Rail Ltd to help extend the reach of the metro using UberMOTO.

India is one of the world’s largest two-wheeler markets and the on-demand bike-taxi segment exploded over the past year. As many as 40 app-based firms are estimated to have started operations in various cities.

In a fairly large round of funding, bike-taxi firm Baxi raised $1.4 million last year in seed funding from a group of affluent individuals.

Bengaluru-based Rapido raised an undisclosed amount in a pre-Series A round of funding from investors including Hero MotoCorp Ltd chairman Pawan Munjal and Google India managing director Rajan Anandan in April.

But, it has not been a cakewalk for bike-taxi startups in the country.