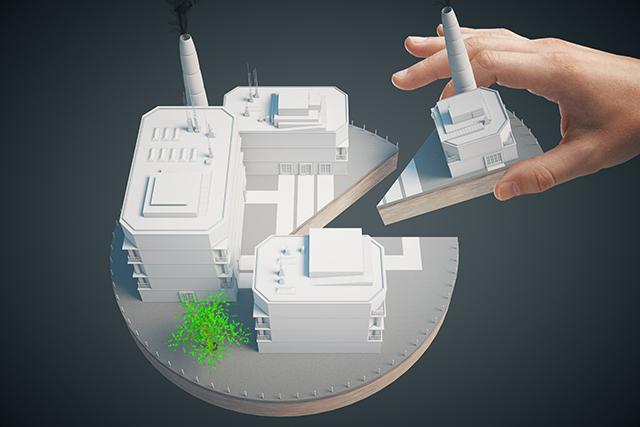 Dish TV India Ltd said on Tuesday its promoter Essel Group will buy about 5% additional stake from the Dhoot family in the company to be created after its merger with Videocon d2h Ltd.

The purchase will take Essar Group’s stake in Dish TV Videocon Ltd to about 41% from 36%.

Essel Group and the Dhoot family will, for three months, also have the right to buy and sell an additional equal stake one year after shares of the combined entity start trading on the bourses, Dish TV said in a stock-exchange filing.

Dhoot family’s stake in the combined family will fall to around 23% stake after Tuesday’s deal.

After completion of the transaction, Dish TV Videocon will continue to be listed on the NSE and BSE in India and on the Luxembourg Stock Exchange in the form of GDRs.

Holders of Videocon d2h ADRs, which are listed on the NASDAQ, will receive new shares in the form of GDRs, unless they elect to receive and hold new shares directly.

Dish TV is the single-largest distributor of television service in India. The new entity, Dish TV Videocon Ltd, will reach one-in-six television households in the country.

In fact, combined with Essel Group’s separate cable TV firm Siti Cable, the group would reach one-in-four of 175 million TV houses. It would be slightly more dominant in the 145 million cable & satellite TV houses in India with 27% reach, far ahead of even terrestrial and state-run Doordarshan. This would also increase its heft in striking deals with content providers and TV channels. Due to this, the proposed deal could face intense scrutiny by Competition Commission of India.

Videocon d2h had listed on the NASDAQ early last year through a reverse merger with an American blank cheque firm. The proposed deal will delist it from NASDAQ.

Dish TV Videocon would combine 15.1 million net subscribers of Dish TV with 12.4 million subscribers (as on 30 September 2016) of Videocon d2h. Of this, 2.8 million are HD subscribers.

This would create by far the largest player in a fragmented TV business where each firm holds around 8% or less. The top DTH and cable players - Dish TV, Tata Sky, Videocon d2h, Airtel Digital TV, Hathway, Siti Cable, Sun Direct - all own 6-8% market share each.