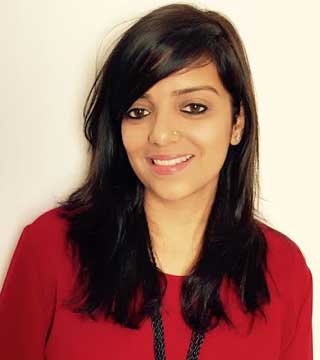 The five-month old LafaLafa, which is owned by Yellow Brick Road Digital Marketing Ltd, has been selected by 500 Startups for the 15th batch of its four-month accelerator programme in Mountain View (California, the US), as per a press statement.

“We feel incredibly proud to be part of the 500STRONG family. It’s a once in a lifetime opportunity and we can’t wait to get to Mountain View and learn from the best minds in technology, product and distribution channels to build and scale LafaLafa further,” Yosha Gupta, LafaLafa’s founder, said.

LafaLafa claims to have registered over 300,000 downloads in under five months since launching services. It gives digital coupons for over 500 websites such as Flipkart, Paytm, Snapdeal, Amazon and others. The startup is now working on building a chat interface, which will help users to find the best deals by chatting with the firm’s agents.

“I was very impressed with LafaLafa’s quick execution and growth. What was even more exciting was Yosha’s deep understanding of mobile fintech and the opportunities that LafaLafa has in front of them,” said Pankaj Jain, India partner, 500 Startups.

Yosha has over 10 years of experience in the financial technology sector across India, Hong Kong, Indonesia, China, Vietnam, Philippines and Myanmar. She was a financial inclusion consultant with the International Finance Corporation of the World Bank Group prior to starting LafaLafa. She has also worked with Paymate and GE.

LafaLafa was started with initial capital of $130,000 from Yosha and two international angel investors.

Nearbuy is one of the key players in India’s deals and rewards space. Other firms in this domain are MyDala, Perksmap, Rocket Internet’s CupoNation, CouponDunia, Times Internet-owned CouponDunia and Smile Group’s DealsandYou.

Dave McClure, a former executive at PayPal, founded 500 Startups in 2010. Its network includes more than 750 startups, 200 mentors and 1,000 entrepreneurs across the globe. 500 Startups typically invests up to $250,000 in a company during the first leg. Its preferred sectors are financial services, gaming, payments, SaaS and edutech.

500 Startups recently closed its third fund with $85 million, a sixth short of its target of $100 million, according to The Wall Street Journal citing sister publication VentureWire of Dow Jones.

However, it never announced any fundraising milestone for 500 StartupWallah even as the other two regional funds raised money.

This March, it had talked about reviving the fund.

Last month, it invested in Applied Life Pvt Ltd, which runs a jobs and career community for women Sheroes.in along with other investors.

It has also funded several other startups in India through its international fund such as TradeBriefs, Instamojo, ZipDial (acquired by Twitter), PriceBaba and gazeMetrix.