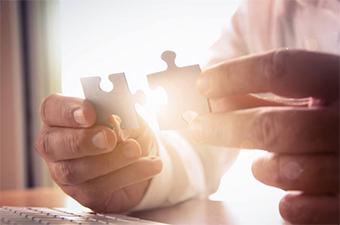 Software services firm Cyient Ltd said on Tuesday it has agreed to acquire the US-based Certon Software Inc in cash to strengthen its aerospace and defence vertical.

The deal involves a payment of $7.5 million on a cash- and debt-free basis subject to closing adjustments, the Mumbai-listed company said in a stock-exchange filing. It also involves a deferred payout based on Certonâ€™s future performance, Cyient said, without elaborating.

The acquisition, being made through wholly owned US unit Cyient Inc, is the fifth by the Indian company in two-and-a-half years.

The transaction does not need regulatory approvals and is likely to be concluded within 30 days.

Certon was set up in 2006. It performs independent verification and validation services for companies seeking certification for safety-critical systems, embedded software and electronic hardware.

The Florida-based company's revenue increased to $7.3 million in 2015 from $6.2 million in the previous year. Its current revenue run rate is $6 million and it has around 45 employees.

The company has been pursuing an aggressive acquisition strategy. Late last year, it acquired UK-based Blom Aerofilms Ltd to expand its offerings.

Cyient has attracted several private equity firms as investors. PE firm Carlyle had picked up a 10% stake in the firm for Rs 210 crore in 2012.

PE firm ChrysCapital, which had invested Rs 80 crore to Rs 90 crore in May 2013 in Cyient, partially exited in January 2015.

Meanwhile, in 2015, Cyient sold its IT services unit Techwave Consulting Inc to focus on its core engineering services, data, network and operations businesses.