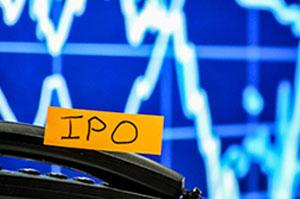 The maiden public offering will comprise a fresh issue of shares and an offer for sale by promoter group individuals Sameer Gupta and his family members.

The company will sell 14.67 million shares, of which existing shareholders will off-load about 2.66 million, and the remaining will fresh shares, two grey market dealers told VCCircle requesting anonymity. The IPO will see dilution of 25.71% stake.

In the grey market, MBL shares were quoting at a premium of Rs 80-85 over its estimated price band. The grey market is a pseudo over-the-counter market where IPO shares are traded before the official listing on a stock exchange.

The anchor book will open on 3 March, one business day prior to the opening of the public issue. Anchor investors are institutional investors who accept a one-month lock-in period for a sizeable allocation of shares and support a public offering. Their participation highlights investors’ confidence in an IPO and sets a benchmark for the investor community at large.

MBL, which operates Radio City, received final observations from the Securities and Exchange Board of India (SEBI) on 9 February. Blackstone-backed Jagran Prakasan  had filed a draft red herring prospectus for an IPO of its radio unit on 1 December.

MBL will be the second radio operator to list on the bourses after Times Group-controlled Entertainment Network India Ltd, which runs the country's top FM radio business, Radio Mirchi.

Jagran Prakashan had entered the radio segment with the acquisition of Music Broadcast Pvt Ltd in December 2014 from private equity firm, India Value Fund Advisors, and Star Group, which is part of the Rupert Murdoch-controlled 21st Century Fox. Murdoch also runs News Corp, the parent for this news website.