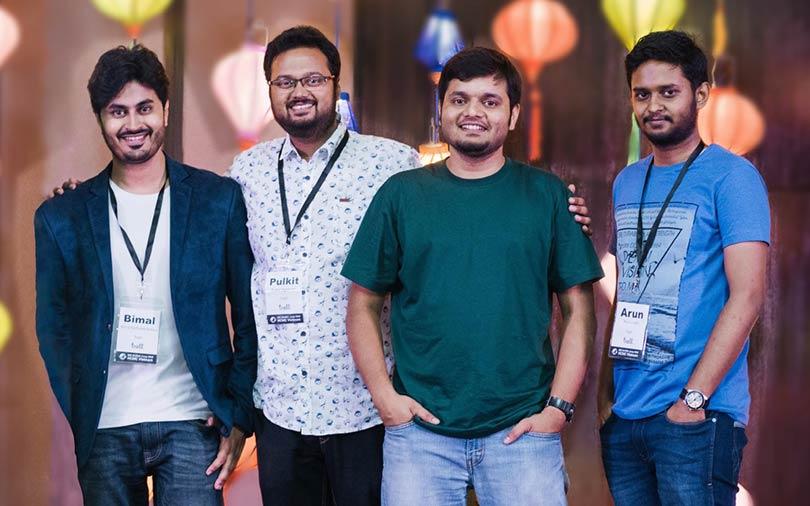 The founding team of Trell

Run by Trell Experiences Pvt. Ltd, the startup will use the funds to expand and strengthen its team in product, technology and data science, the statement added.

“We believe that visual content is the new normal and can be used to reimagine the travel and experiences segment,” Deepak Gupta, founding partner at WEH Ventures stated.

The startup was founded in 2016 by IIT Bombay alumni Pulkit Agrawal, Prashant Sachan, Arun Lodhi, National Institute of Industrial Engineering (NITIE) alumnus Bimal Kartheek Rebba, and New Jersey Institute of Technology alumnus Nirav Sheth. Trell’s mobile app allows users to create videos of their travel and local experiences and share it as a classic slide-show or copyrighted-images on other platforms, according to information on the startup’s LinkedIn page.

As the content is primarily user-generated and in the form of short videos, the experience discovery content on the platform ranges from a small neighbourhood cafe to a faraway travel destination.

“There is a rising trend of exploring local and travel experiences among the 230 million urban millennials in India. Their need to discover new experiences around them has to be served differently, as the existing platforms are using conventional and dated ways to do so,” co-founder Sachan stated.

The app, which is primarily targeted at the millennials, has crossed half a million downloads and has over two lakh monthly active users since its launch in August 2017, the company added. Currently, the platform is home to one million high-quality user-generated content uploads with experiences ranging from exploring local street food stalls to European backpacking trips.

According to Agrawal, the other co-founder, users are creating over 10,000 original posts every day, a number which has been growing 1.5X month-on-month since September 2017.

Trell competes indirectly with other user-generated travel blogs like Tripoto and ScoutMyTrip, which are more focused on travel.

Tripoto last raised funds in 2015, when it secured an undisclosed sum from 500 Startups, IDG Ventures and advantEdge Partners.

ScoutMyTrip had raised an undisclosed amount in seed funding from co-working space and accelerator Z Nation Lab in April 2017.