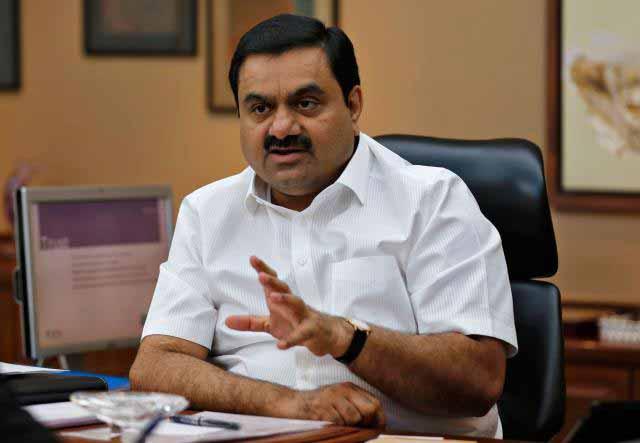 Gautam Adani-led diversified industrial conglomerate Adani Group is restructuring its business which would see the public listed power generation and ports firm spliced out of the flagship company Adani Enterprises Ltd while the privately held power transmission unit be listed as a separate firm.

Currently Adani Power and Adani Ports and Special Economic Zone (APSEZ) are listed subsidiaries of Adani Enterprises. However, Adani Enterprises also has some separate assets in these domains.

Post restructuring the entire power generation business would be housed under Adani Power and the entire ports interest would be under APSEZ. Adani Enterprises would become a mining firm by merging its existing unit Adani Mining Pvt Ltd with itself.

The power transmission firm would be spun off as a separate listed company, the fourth under the Adani Group. It would have 5,000 km of transmission lines, one of the largest in the country.

The restructuring is part of the group's effort to simplify its corporate structure and unlock value for the shareholders of Adani Enterprises by eliminating the holding company discount, it said.

Investors tend to discount the value of cross holdings among listed companies while ascribing a valuation to them.

“The Scheme of Arrangement will drive next level of value creation, competency, decision making and would be able to accelerate the business growth. These developments and positive macro-economic environment re-affirm our commitment towards securing infrastructure and energy need of the country,” Gautam Adani, chairman Adani Group, said in the statement.

This is based on valuation report by BSR & Associates and fairness opinion by JM Financials.

Adani promoters who currently own 75 per cent in Adani Enterprises would own a similar stake in Adani Transmission. However, the free float or public holding in the other two listed firms would increase post the restructuring.

In Adani Power, which also counts PE firm 3i as a shareholder, they would own 55 per cent while in APSEZ, where Temasek is an investor they would hold 56 per cent stake, as per VCCircle estimates.

The restructuring will become effective from April 1, 2015, the company said in its release.

Post restructuring Adani Enterprises will become a mining firm with operations in Australia, Indonesia and India.

The Adani Group ventures into Australia in 2010 with the purchase of the Greenfield Carmichael Coal Mine in the Galilee Basin, Central Queensland, and the Port of Abbot Point near Bowen in North Queensland. It wants to operate a vertically integrated model - with the extraction of coal from Carmichael Mine, transported by rail to Abbot Point, and exported to meet consumer and business demands in offshore markets.

In Indonesia it got licence in 2007 for coal mining at Bunyu, East Kalimantan.

Back home in India, it is implementing coal mining projects with total annual coal production capacity of around 110 MTPA.

Meanwhile, Adani Enterprises clocked over six-fold increase in consolidated net profit for the third quarter ended December 31, 2014 to Rs 443.8 crore as compared to Rs 68.2 crore in the year-ago period. Its total revenues rose to Rs 18,074.9 crore from Rs 13,954.3 crore in the same period.

“Our overall performance has improved due to higher contribution from coal, ports & logistics and power businesses. The shareholders would continue to participate in the growth and progress of Adani with direct shareholding in the respective listed companies,” Ameet Desai, CFO Adani Group and executive director, Adani Enterprises, said.

On Friday, shares of Adani Enterprises closed at Rs 629.50, up 7.79 per cent on the Bombay Stock Exchange in weak Mumbai market.