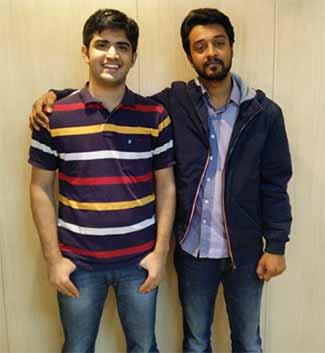 A number of unnamed investors also put money in the firm through TracxnSyndicate, an angel network set up by startup data analytics firm Tracxn, Delhi-based Wishup Technology Pvt Ltd said in a statement.

The startup will use the funds for product development, scaling up the venture and beefing up its technology infrastructure, co-founder Neelesh Rangwani said by phone.

All services that require home delivery are processed through its delivery partners. Wishup also allows its users to submit their to-do lists, which is then processed by Wishup without the customer having to follow it up from their end again.

Originally started on WhatsApp and Facebook, Wishup has launched the beta version of its android app. The iOS version of the app is all set to go live. The WhatsApp platform will be shut down from February but Wishup will continue to take requests on its Facebook and mobile platforms. The startup claims to have acquired 10,000 customers already.

Rangwani said he got the idea to start Wishup when he came across a food delivery service on chat during a stint in Germany. He added that part of the funds raised will be allocated to build automation and artificial intelligence capabilities to handle service requests processing on the mobile platform.

Wishup’s services are available in the Delhi NCR region and it will soon expand into other metros. Rangwani said the company also gets service requests from Bangalore, Hyderabad, Kolkata, Pune and Mumbai. “Though our current marketing and scaling focus is in the Delhi NCR region, we actually do not deny orders that we receive from other cities,” he said.

Currently, Wishup makes commission money out of its tie-ups with delivery and service vendors and may introduce a direct user-vendor communication platform as additional revenue stream in the future.