Wipro Ltd, India’s No. 3 software services exporter, has agreed to purchase US-based HealthPlan Services for $460 million (Rs 3,130 crore) in its second-biggest acquisition ever.

The all-cash deal for the business-process-as-a-service (BPaaS) provider will strengthen Wipro’s offerings in the US health insurance market, the Indian company said in a statement. 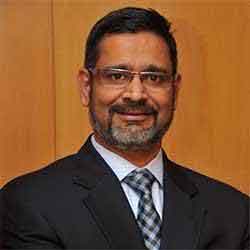 Wipro, which has about $2.32 billion (Rs 15,894 crore) in cash reserves, has aggressively bought companies overseas in the recent past. The latest deal is Wipro’s second acquisition of a US-based BPaaS firm and the first takeover since Abidali Neemuchwala took over as its CEO earlier this month.

Since July, this is Wipro’s fourth takeover. The company had in late December agreed to acquire US-based Viteos Group, a BPaaS provider for the alternative investment management industry in the US, Europe and Asia, for $130 million in cash.

On December 2, Wipro said it would acquire German IT consulting firm Cellent AG for €73.5 million (about Rs 518 crore, or $78 million then). And in July, Wipro Digital, the digital business unit of Wipro, agreed to buy Danish strategic design firm Designit for €85 million ($94 million then).

"Wipro has spent around $800 million in making strategic acquisitions in the past year. All these are in relatively newer areas such as BPaaS and design. This should add capabilities over time," said Nitin Padmanabhan, technology analyst with UK-based financial services firm Investec.

Padmanabhan also said the insurance segment is growing at 30 per cent for IT services companies, so the latest deal would add to Wipro's revenue growth.

Wipro’s biggest acquisition till date is the 2007 purchase of US IT firm Infocrossing for almost $600 million. It has acquired several smaller firms since then, including Opus Capital for around $75 million in 2013. In 2014, Wipro acquired ATCO I-Tek, an IT business of Canadian firm ATCO, for $195 million. The company has also invested in several tech ventures and startups.

Bangalore-based Wipro is not the only Indian IT firm snapping up overseas assets. Infosys, its cross-town rival and the No. 2 software services exporter, made three major acquisitions in 2015. It agreed to buy Panaya Inc for $200 million in February last year, and sealed a $120 million deal to buy m-commerce enabler Kallidus in April. In October, Infosys agreed to pay $70 million for US-based Noah Consulting.

Wipro said it has signed a definitive agreement to acquire the Tampa, Florida-based HealthPlan from Water Street Healthcare Partners.

The total deal amount includes a deferred consideration of $20 million, it said.

The acquisition adds another platform-led BPaaS offerings, after Viteos, delivered on cloud to Wipro’s services portfolio.

The US company employs 2,000 people and offers technology platforms and a fully integrated BPaaS solution to health insurance companies.

Through this deal, Wipro wants to enhance its efforts to tap into increasing business opportunities with US health insurers who are embarking on cost-cutting initiatives as a direct fallout of the landmark Patient Protection and Affordable Care Act, popularly dubbed as ‘Obamacare’.

Wipro already has around 100 US health insurers, healthcare providers and public health agencies as clients.

The transaction is likely to be competed in two to three months, subject to customary closing conditions and regulatory approvals.