Meat brand Licious, operated by Delightful Gourmet Pvt Ltd, has raised $52 million from IIFL AMC’s Private Equity Fund at a billion dollar valuation, making it the 29th such startup to enter the unicorn club since January this year.

“The fresh meats & seafood sector is still largely underserved and unorganised that holds a vast opportunity of $40 bn. As the category leader, we aim at paving the way for a second wave of young start-ups that can join hands in fully harnessing the potential that the industry has to offer,” said Vivek Gupta and Abhay Hanjura, co-founders of Licious, in a statement.

Spread across 14 Indian cities, the company is said to have delivered its products to more than 2 million unique customers till date. Earlier this year, Licious allocated ESOPs to over 1,000 employees including the blue-collared workforce. This was followed by a buyback worth Rs 30 crore in August. 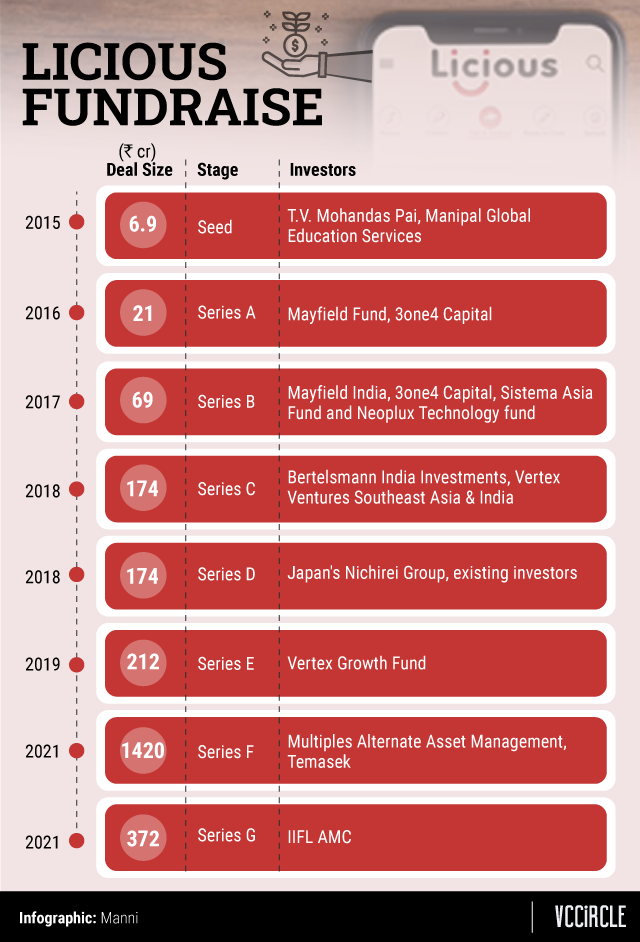 “Today, Licious is amongst the fastest growing D2C brands and is one of the few consumer businesses in India with very strong revenue retention metrics. We are excited to partner with them in this journey of creating India’s most-loved meat & seafood Brand,” said Chetan Naik of IIFL AMC.

Bengaluru-based Licious plans to use the funds to launch new product lines in the ready-to-eat and ready-to-cook category, steer omni-channel presence and enter newer smaller cities.

“The pace of our growth after the last round of funding earlier this year has accelerated and we aspire to do several new things in the coming year. Expansion in Tier 2 cities will be a focus area. We launched in 7 smaller cities in the last year and the response has given us the confidence to go to another 20 new Tier 2 cities in the coming year,” Vivek Hanjura, co-founder, Licious, said in an interview.

However, given the restrictions and focus on health post-covid, Licious, which controls the entire farm-to-fork supply chain, is going slow on its plan to make an overseas foray.

Hanjura also said that an initial public offering (IPO) is on the cards, but it won’t happen very soon.

Avendus Capital acted as the exclusive financial advisor to Licious for the transaction.

Avendus has also invested in the round from its Future Leaders Fund-II, which was closed recently.

Licious last raised $192 million in July this year at valuation of around $650 million. Then round was led by homegrown private equity fund Temasek Holdings and Multiples Alternate Asset Management.

Multiples invested around $32 million to pick up 10.5% stake in the company, while  new investor Brunei Investment Agency contributed nearly $15 million to own 2.5% stake in Licious.

Licious was founded by Abhay Hanjura and Vivek Gupta in 2015. In the five years since its launch, it claims to have witnessed a 300% growth and has served over three million packs of world-class meat products to consumers across Bangalore, Hyderabad, NCR, Chandigarh, Mumbai, Pune, Chennai, Jaipur, Coimbatore, Kochi, Puducherry, Vizag, Vijayawada and Kolkata. Licious serves over one million orders every month with over 90% repeat consumption across markets, according to its website.

The company raised $30 million from Vertex Growth Fund in December last year. In December 2018, it had raised $25 million in a Series D funding round led by Japan’s Nichirei Corporation.

Prior to that, it raised a $25 million Series C round in September 2018 led by Bertelsmann and Vertex Ventures Southeast Asia and India. In March 2017, it raised $10 million in a Series B round, with investors including Mayfield India, 3one4 Capital, Sistema Asia Fund and South Korea-based Neoplux Technology Fund.